And we are more than ready to say goodbye to him.

Kenney mismanaged the pandemic, fired 11,000 healthcare workers, allowed contact tracing to break down, and even blamed South Asian Albertans for the spike in COVID rates.

Now we learn that more than 10% of Kenney’s UCP caucus ignored crystal clear directives that prohibit non-essential travel outside Canada and headed off to sunny vacation destinations through the holiday break.

We made sacrifices, his government skipped town.

We tried to bend the curve, his government bent the rules.

This is arrogance. This is entitlement.

And it’s insulting to all of us who have done our part to keep our fellow Albertans safe from this pandemic.

While Kenney was happy throwing some MLAs and staff under the bus for his lack of leadership, the responsibility lies with him.

We can’t have more of Jason Kenney. Sign up to join us in defeating Kenney, today.

EDMONTON- CUPE Alberta President Rory Gill released the following video message after the Minister of Education refused an emergency meeting with him on behalf of 8,700 CUPE members who work in the education sector.

Gill requested the meeting as the Government of Alberta sends students and education workers back to school with no plan in place to keep them safe during the COVID-19 global pandemic.

Premier Jason Kenney is reopening schools without measures to make sure students and staff are safe. The current “plan” includes no funding for extra cleaning and sanitization, no class size caps, and no physical distancing. Kenney already laid off more than 20,000 educational assistants, custodial workers and other professionals.

CUPE Alberta is calling on Albertans to send a message to Jason Kenney and the government and demand to keep schools safe. Have your say at www.keepschoolssafe.ca.

EDMONTON – CUPE Alberta is calling on the UCP government to use newly announced federal funding to reduce class sizes across Alberta schools by hiring more teachers.

“With class sizes at current levels, it doesn’t matter what PPE students and teachers have, because physical distancing will be impossible,” said CUPE Alberta President Rory Gill. “No thanks to the UCP, the federal government has come through with extra funding for Alberta schools. We are calling on the UCP to use this money as effectively as possible by making class sizes smaller and therefore safer for students and education workers.”

Alberta will receive just over 262 million dollars from the federal government for back-to-school preparations. CUPE Alberta has repeatedly called for the UCP to take action to protect students and education workers by properly funding cleaning and sanitizations and capping class sizes.

“As it stands, students and education workers would be safer in some shopping centres than returning to class. We need proper PPE, enough trained custodial staff and equipment to regularly sanitize public spaces, and the ability to physically distance – something that won’t be possible in classrooms with thirty students,” said Gill.

“There is still time for the government to do the right thing, to take care of students, education workers and families. We’re offering to sit down with the Minister to outline our specific concerns and work together to come up with solutions before school starts.”

CUPE Alberta has asked for the meeting to take place this week, ahead of a mass return to school in September. 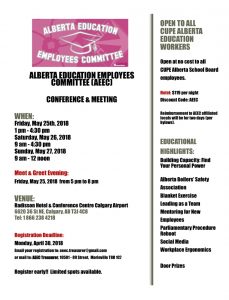 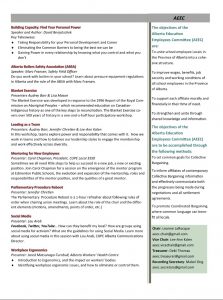 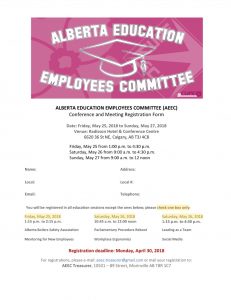 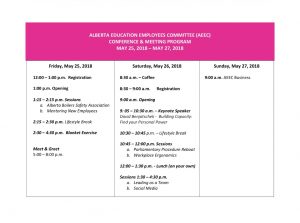 A Plan For Everyone 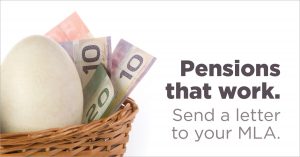